Yes, I know the title sucks, but I couldn’t think of anything better. I’m sorry!

I have never hidden the fact that I have autism, not in real life nor my articles here on this blog. I’m not proud to be autistic, but I have accepted that it is part of who I am.

So, just imagine how happy I was to find out that Overwatch, a game which actively tries to create a diverse roster of heroes, confirm that Satya “Symmetra” Vaswani is a high functioning autistic, like myself.

Side note, of the ten confirmed autistic characters, only three are male. I found that odd because men are more likely to be diagnosed with autism than women. I could discuss this in depth, but I’m sure you wouldn’t want to read about it. Chances are you already know about this. But if you are interested in learning more, enjoy.

Now, while I am stoked to have some more autistic characters in video games, I really don’t want their defining characteristic to be the fact that they have autism. I am not alone on this front. Ken Levine, the creative director of the Bioshock Series discussed the character of Dr Brigid Tenenbaum, a female autistic Jew who plays a major role in the first Bioshock (and is also my favourite character) in an interview back in 2015. I recommend you read the full interview, but I do want to highlight the key point he made Regarding Tenenbaum.

“I think if you look at that story I just told you, and you say that it’s all because she’s a Jew or a woman or autistic, that makes a much more boring version of the story. It removes all agency she has and makes her a passive actor in the face of all those things. Would you say Tenenbaum’s a strong woman? Absolutely. Would you say she is a brilliant woman? Absolutely. Would you say that she is a good woman? A positive woman? That’s a really good question and much more interesting about Tenenbaum than it is about someone on the day she was born says, ‘I am going to do some good.’”

I myself am glad to have some more representation for my condition, but not everyone feels the same way. Just look at the chaos that is Polygon’s comment section on their article about the news if you don’t believe me. But hey, it’s the Internet, what did you expect?

2 thoughts on “A for Autism” 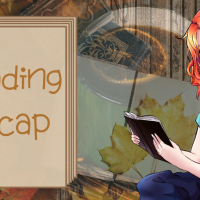 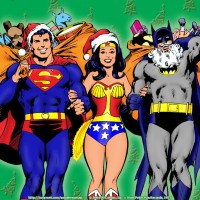