Happy Easter Sunday, folks! Hope you are having a nice day with family or at the very least stuffing your face with chocolate.

As I said in last months tour, I am more masculine than I am feminine which is just something that I have accepted about myself. Growing up I tended to side towards boy stuff and that never really changed as I grew up.

Something else I mentioned was that my role models, both real and fictional, were more often men. However, out of all of my heroes, one is still so near and dear to my heart that when I found out this month’s topic was Masculine, I just had to write about him.

The man in question is Tintin.

Before you say it, yes I know that the comics are far from politically correct. They are very much a product of their time, published between 1929 to 1976, and some parts have no moral justification, I get that. I am not defending that in the slightest. I guess you could call them, and Tintin himself to an extent a problematic fave.

All I’ll say on it is that reading some of the earlier ones today is a bit painful at times, so if by the end of this you want to experience The Adventures of Tintin for yourself, watch either the recent animated movie or the 90s animated series instead. Not only are the worst parts cut out (for obvious reasons) its a great adaptation and it’s on Netflix, though weirdly enough not in the right order.

I know that the topic is what it means to be a man and what masculinity is, but as a woman, I didn’t feel like I could do this topic justice, funnily enough, I felt the same way when talking about femininity. I’m just bad at being a human, alright?

So instead I am going to take this opportunity to talk about this incredible guy and how he continues to inspire me to this very day.

The Adventures of Tintin follow, well, Tintin on his adventures. He is a Journalist who goes above and beyond to get to the heart of the story and to help those he meets along the way.

However, his talent for finding a good scoop has often landed him in hot water, with him constantly being attacked, kidnapped or even nearly assassinated several times. Despite often having a target on his back nothing will stop him from doing what he believes is the right thing. Needless to say, he is a determined bloke.

He is a very intelligent character, often being the one to solve mysteries or crack intricate conspires. While luck does seem to be on his side sometimes, more often than not he MacGyver’s his way out of the sticky situations or uses his quick wit.

He can hold his own in a fight despite his youthful face. In fact, he is often referred to as a boy or kid since he tends to be one of the younger folk in the room. Again don’t let that fool you, he is a scrappy fighter and a good shot when he needs to pull out a pistol.

Thing is, while he will defend himself or others, he never aims to kill even when his life is on the line. He is brave and will stand his ground. He is always willing to put himself in harm’s way if it means helping a friend or even someone he just met.

That is even weakness to a point. He is overly trusting and tends to see the good in everyone that he sometimes overlooks some red flags that end up with him getting hurt.

He is also not afraid to show his emotions. He hugs his friends and cries openly. Sometimes even crying while his friend Captain Haddock comforts him. It is never shown as a sign of weakness in the comic. Considering the whole stiff upper lip mentality men have to deal with nowadays and how it was even worse when The Adventures of Tintin were being published, it is rather, dare I say, progressive.

Now, here is where this article gets a bit sappy.

I started reading The Adventures of Tintin when I was 12, I was in my first year of hell also known as Secondary School and was getting bullied a fair bit. This was the time when I was getting into comics, video games and anime so I got picked on for it and being Autistic.

I know this might sound silly but Tintin was, and still is, the type of person I aspire to be like. Brave, intelligent and compassionate. Someone who will always speak up and fight for the truth. Most of all, that he went through hell, facing down organised crime rings and even the mafia and didn’t flinch.

For a bullied kid, that really spoke to me. I would tell myself that if Tintin can handle all of that, I could put up with the abuse hurled at me. 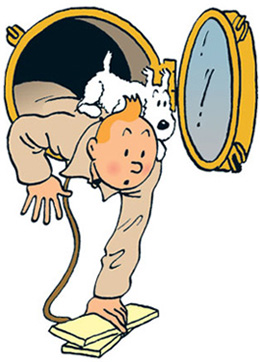 It didn’t stop there. I wanted to follow in his footsteps. So when I finally left Secondary I went on to study Journalism. Then the whole fake news thing happened so I jumped ship to television. Hell, he is part of the reason I dye my hair ginger! I know that sounds silly but it’s true.

To think, a 90-year-old comic would still continue to inspire folk years after the series ended. It really speaks volumes of how brilliant a character like Tintin is. He will always be a hero to many.

He will always be my hero.

If you enjoyed this tour, please be sure to check out Matt’s take on the topic with JoJo and keep an eye out for Fred’s tomorrow! 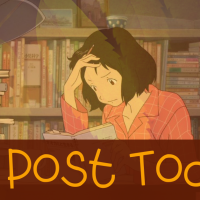 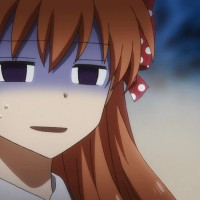