While this is only my third OWLS Tour this has to be the hardest topic for me to write about. The topic in question? Self Care.

I have mentioned numerous times that I have Autism, so much so that I have even joked to friends about making a Nerd Rambles Drinking Game and including a rule about taking a shot when I mention my condition.

Jokes aside despite being an adult (physically at least) I struggle to look after myself. In fairness I always have but in recent years it has only gotten worse.

My sleep schedule is pretty much non-existent at this point (I have caught myself nearly falling asleep in class a few times), my diet is atrocious and my low moods are getting darker and more frequent.

I have even fallen back into bad habits. I didn’t touch a single energy drink for a good five months but about five weeks ago I started drinking them again. At least this time I limit myself to just one a day, maybe two if it’s a rough one. One time I had five in a matter of hours. Not my proudest moment.

So yeah, I’m not exactly qualified to talk about this subject. In fact, I am embarrassed to write about my failures as a human being and posting this online. However, the first step in fixing a problem is admitting that there is one, and if this helps just one person feel better about themselves for only a moment, then its worth it.

After thinking it over, there is an anime character who seems to be in the same boat as me to a certain extent. Rikka Takanashi from Love, Chunibyo & Other Delusions.

Rikka has the textbook case of Chunibyo, believing that she has supernatural powers and otherworldly knowledge. She lives in her own little world and outside of a few people, doesn’t really bother trying to connect with others.

Like Rikka I tend to spend too much time on my passions rather than look after myself. I have lost track of the times I stayed up way too late to finish a level of a game or watch ‘just one more episodes’ of an anime even though I need to get up at half five that morning.

On top of that, even when given the choice or even told to change her ways outside of one occasion she doesn’t. Sticking to what she knows and is comfortable with. On top of that after the one occasion, I mentioned she goes back into her old ways the second she is given the green light.

For me, I am a creature of habit even when I know that its bad. I’m so used to staying up way too late and eating trash that when I do try to change it is so difficult and uncomfortable I give up without much of a fight.

If you clicked on this Ramble looking for advice then I am sorry to say you came to the wrong place. I could repeat the common tips and tricks but that would be it.

The only slightly original tip I could offer is to try drinking tea. I’ve started drinking it recently and it does help me when I am stressing out.

I apologise that this Ramble isn’t as good as previous posts, but this was a hard topic to open up about. I promise to be back to my normal standard next time!

11 thoughts on “[OWLS September Blog Tour] Autism, Self Care and Other Issues” 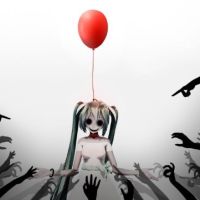 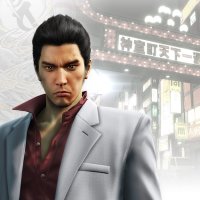