If you have spent more than three seconds on this little website you might have noticed that I love Anime.

One downside is there is a lot of it, and sometimes you need a second opinion before checking out a new show, or you just like watching quality reviews made by a certain Canadian gentleman.

It is an honour for me to introduce you to the best Anime reviewer YouTube has to offer, Arkada!

Hello! My name is Tristan Gallant, better known on the internet as “Arkada” and I run a YouTube series by the name of Glass Reflection where I cover a variety of Japanese Anime to both give my thoughts on them and help viewers decide whether or not they might think something is worth watching. I’ve been doing this since the start of 2009-ish.

Much better in recent years then when I started, but it’s been a roller coaster to be sure. Some years better than others, like when I started entire channels disappearing in an instant was fairly common. Then some people, myself included, moving to other video platforms for a time.

But since I swapped back to YouTube full time in 2013 I’ve had a fairly good time overall. I’ve been able to avoid major issues with blocked videos or copyright strikes that are common on YouTube and I hope that continues.

This one is a bit harder to answer, mostly because I have this weird personal thing about my own videos. Generally, after I have finished a video and uploaded it, I don’t really want to look at it again for fear of seeing a mistake or something that I could have fixed but didn’t for one reason or another.

But the one that surprised me the most was the first Top Recommended Anime list that I did a few years back. It was supposed to be a quickly made something to have a video up that week and it turned into the best video on my channel.

4. What are your thoughts on the anime community?

I think that the community is far larger then most people realize, and also that I’d say it’s hard to comment on because there are parts I don’t even know about.

It’s extremely easy to be an anime fan nowadays but not be involved in many of the popular or common groups out there. I really love that part of it, it’s easy to just fall into any genre’s individual community and say there for as long as you like.

Ignore the popular shows, ignore the Youtube or Reddit spaces, and just enjoy. I’m glad that it’s something we can still do as anime fans without having to isolate ourselves.

My least favourite trope is fanservice, but specifically, fanservice that is used for fanservice sake. There are times where writers can work in fanservice into the story or characters without having it blatantly obvious about it, it’s just unfortunate that it’s not the kind we normally see.

Now I don’t really have a favourite trope per say, as most of my favourite tropes are mostly all from the same genre being slice of life. I love those calming shows about…well nothing really that are just there to warm your heart and help you relax after a long day. Anything to help that along is good in my books.

6. What shows would you recommend to those who are just getting into anime?

Generally, for beginners, I’ve stuck to anime that are usually liked by the masses, especially if I don’t know the person’s tastes. My Hero Academia would be the current pick here.

However, historically I do like recommending shows that have a little bit of everything that anime has to offer. So a personal favourite series of mine is Full Metal Panic. It has this loving combination of action and adventure with some amazing comedy for good measure. It’s only easier to recommend now with the 4th season airing at present.

7. What is good this season?

This season, not including the previously mentioned My Hero Academia and Full Metal Panic, is also the adaptions for Persona 5 as well as Steins;Gate Zero.

As far as anime originals go however I’ve been really enjoying Hinamatsuri for Comedy, Tada Never Falls In love for a rom-com, and lastly Megalobox for some action.

8. What advice would you give to anyone wanting to start a YouTube channel?

Here’s the thing, my honest advice for people starting an anime channel on YouTube right now is don’t. That sounds needlessly harsh and potentially self-serving I know, but right now with how YouTube is, starting a channel, getting an audience, getting to a place where your content is seen on a regular basis is soooooo much harder then it was 5 years ago. It wasn’t easy back then either and required a lot of luck, but it’s even worse nowadays.

That’s not to say it’s entirely impossible, or that someone couldn’t come up with a way to game the system as it currently stands but it’s not going to be a simple thing to do. If that doesn’t dissuade you though then my advice would be to only do it because you want to and that you enjoy the work.

If you try to start a YouTube channel now with aspirations to be the next big YouTuber, it’s probably not going to happen statistically, so as long as you know that and are ok with the long haul that it’ll take. You’ll do fine!

I would like to thank Arkada for taking time out of his busy schedule to do this interview, I cannot thank him enough.

I also cannot recommend his YouTube Channel enough. If you haven’t, you need to check it out as you are missing out on incredible content! 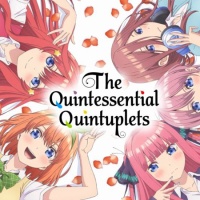