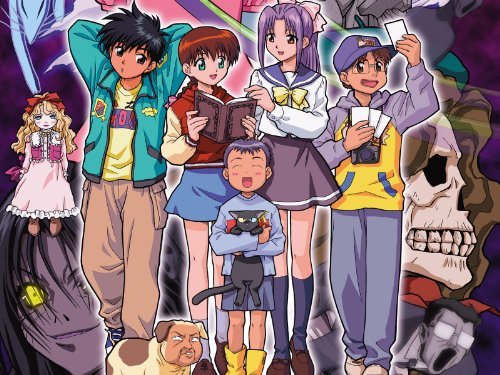 Of all the anime I have and will review for Halloween, Ghost Stories without a doubt my personal favourite. Everything about this anime adds to create an amazing show, even if that wasn’t the shows original intentions. You see, when it comes to anime being dubbed for the most part the original Japanese creators get a big say in the matter. In some cases they even reject some voice actors. However, in the case of Ghost stories, the anime was a failure and made the studio little to no money so they basically told ADV to do whatever they wanted with the dub. Hilarity ensued.

Ghost Stories has been said to have the best dub ever as the voice actors ad libbed most if not all of their lines. Not only that but they could do whatever they wanted since there was little censorship. The voice actors had their cake and ate it. 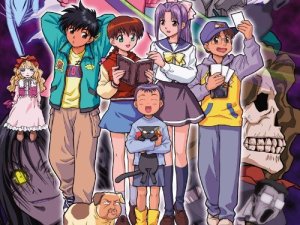 The plot is, well, kind of odd. Two children move with their father into their recently deceased mother’s childhood house. The local school is the new building to replace the old school house… which for some reason they didn’t knock down to build the new one… Okay. Anyway they chase their cat into the old school and (surprise surprise) it turns out to be haunted. After banishing a demon into their cat’s body they need to exorcize all the towns ghosts to get their cat back to normal. They team up with fellow students and begin their mission.

Now, here is where the dub come into play. The main characters had their personalities rewritten by their voice actors making them far more interesting, and better yet, funny. While all the main character are a joy to watch the most popular is Momoko, the devout Christian. Monica Rial turned the simple character into a young version of those people who knock on you door asking if you “have time for your lord and savoir, Jesus Christ?”. Almost every sentence Momoko says references her strong faith in Christ and she constantly tries to make her friends into born again Christians. Think of an anime and likeable version of Kim Davis.

Be warned though, this dub is not for the easily offended like the people who called My Little Pony transphobic when a male character dons drag to help his little sister. Yeah, that was a thing. In simple terms this show is like the love child of Scooby Doo and South Park. Filled with fourth wall humour, racism and religious jokes.

I could not recommend this show highly enough! The show is 20 episodes long and can be easily found online. If you like rude, lude and rude shows then this is an anime you can’t miss this Halloween. If you are one of those people who get offended by Derpy Whooves, then avoid this like the plague.

One thought on “Ghost Stories Review” 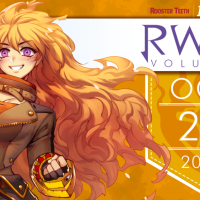